History vs. Journalism, a problem with sources

Where have all the reliable sources gone?

I love reading a well-written piece in magazines such as the Smithsonian.  These cultural catch-alls are entertaining and usually skillfully crafted prose, often adorned with fantastic photography or artwork.  Still they are not written from an academic perspective, nor typically for an academic audience.  The sources are frequently limiting in their perspective and infrequently fully disclosed.  As a historian I read many pieces with a certain sense of frustration, usually related to the author’s method.  (As a high school student, I recall being particularly fired up after reading a National Geographic article on Ibn Battuta, the African Muslim traveler who covered way more turf and sand than Marco Polo, but NO sources were provided.)  I am not entirely sure how this is played out for other academic fields, but in the field of history there are demands for disclosure of one’s sources that are not required of journalists–in fact, journalistic codes often require just the opposite: protection of one’s sources.

An "Indelible Image" in Smithsonian Magazine, a regular edition that typically interviews the individuals in the photo and the photographer about the picture.

A few years ago, I sat in the Dirkson cafeteria on capitol hill with a fellow colleague of the Close Up Foundation.  He was also working part time at one of the big box book stores and taking advantage of a book loan program they had for their employees.  Sadly, I cannot recall the title or author of the particular book he was reading, but I do recall that it was about the Bush administration’s decision to go to war.  When I asked him about it, he said it was rather odd: it was written by a journalist and had sections of dialogue in it.  Actually, it was like a running transcript of a discussion supposedly held in the Oval Office by Bush with Donald Rumsfeld and Colin Powell.  According to my friend, there was no citation or explanation about where the script came from.  WHAT??!?  Don’t you have to at least tell me that you got it from a source you can’t tell me about?

Admittedly, journalism has changed–look at what I’m doing; journalists do it, too–but, the whole approach was always different from history.  If journalism requires investigations into current politicians, corporate heads and international politics, than sources need to be protected so that they may speak freely.  That is the theory, anyway.  I respect that, although, when the news contradicts itself as much as it does, today, it is really hard to know what is actually happening.  Historians do not need to worry so much about their sources feeling reprisal since all parties are often dead.  In fact, it is quite the opposite approach.  Everyone should have access to the source!  As I read a historian’s work I am not only at liberty to check his interpretation against the sources he used, but am encouraged to follow his sources to develop my own theories and ideas and build on our current understanding.  This is an essential feature of  the field.  It is frequently not possible with journalistic writing.  When I would desire to check a random assertion, I am left without a footnote and my only recourse is to see what others have published.  It is often difficult to get to the primary sources, because no one wants to divulge them.  All I can do is trust the journalist’s integrity and judgement! 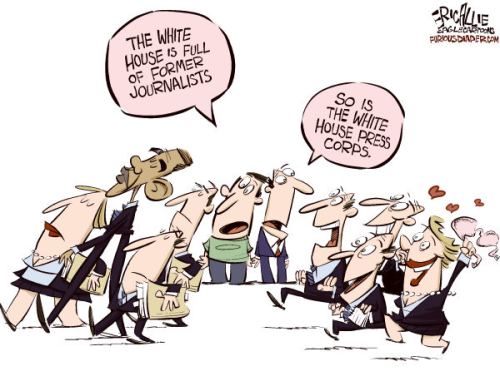 Journalists forgetting their press badges are not "backstage passes."

It is thus difficult to do one’s due diligence.  We have an undesirable situation compounded with the withering of the newsprint industry.  Instead of reading a lengthy story with explanations and a trail building to a conclusion, most people have chosen short blurbs on TV media or snappy online sources.  I tend to ignore tweeted news without an article attached to it. 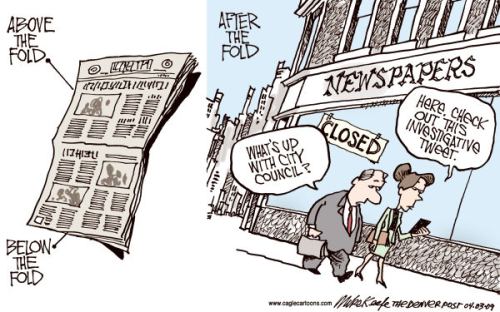 That explains my frustration with current news media, but it also explains one’s irritation when reading journalist-written histories.  The training creates significantly different products from a journalist than it would from a historian, but it often gets read more, promoted more and discussed more outside of academic circles.  To add insult to injury, journalists with insufficient knowledge or training often review academic history works in popular publications.  What a mess!  I don’t really have it in for journalists, but I do get frustrated with them–they aren’t historians, but they sometimes play historians in the media!